Hello this is a remberance page for Merrill Justin Scott for family and friends. Please feel free to share your memories, answer the question and add any photos that you may have! BE SURE TO SIGN IN SO THAT EVERYONE WILL KNOW THAT YOU VISITED!

Was just sitting here thinking about you and all the crazy things you did. There are so many good memories that I could share but the one thats on my mind today its when you were talking to the puppy on the back porch that you had cleaned earlier that day and telling him not to mess it up. I will never forget Jonnette standing in the door listening and you didn't know she was there and she was laughing her butt off and motioned for me to come listen. It was hilarious. I didn't think we were ever gonna stop laughing. I'll never forget that puppy sitting there looking up at you like he could understand every word you was saying.

I was just thinking about the time that me & T.J. were going to Red River Drugs and you wanted to go and I told you that you could go as long as you didn't wear that goofy hat that you had on your head. You didn't want to take it off so you told me that you and T.J. would just sit in the car and wait on me and look at the women. Of course I should have known better cause I wasn't in the store 5 minutes and I heard you hollaring my name across the store as loud as you could. When I looked I saw you and T.J. coming toward me, you with the goofy hat still on, pretending yall didn't see me and still hollaring my name really loud. I could have strangled you at the time but would give anything right now to hear you hollaring my name in any store with that goofy hat on. I miss all the aggravating things you used to do so much. I wish I could just hug your neck and tell you I love you. I love & miss you so much!

I miss you buddy. I went and talked to you the other day. I could almost hear you talking back to me in the wind. I wish i could hang out with you one more time. You will always have a special place in my family's heart. we all miss you so much. i was looking through some old pics last night and i found a couple of you when you were a little boy. I wish I could go back to that time. Playing in the dirt, riding your four wheeler, boxing on the coffee table. Good times and good memories. I still love you like a brother and think about you often. I feel lucky to have known you. Thanks for the memories buddy, Nick W.

I met Justin at the courthouse he was there with a family member so was i. I was trying to get my lighter to work and he had one and we started talking and then i lefted i never thought i would see him again. Then that weekend while hanging out with some friends he showed up again. And then we where friends from then on.. I use to come over just to watch movies with him and talk.. I had two kids and was a single mother and he asked me one night if the Army started to draft men would i marry him so he would not have to go lol i told yes. Thats what i remember the most about Justin is the way he made me laugh and if i needed him he was always there.I miss him so much. And i always will! R.I.P. my friend 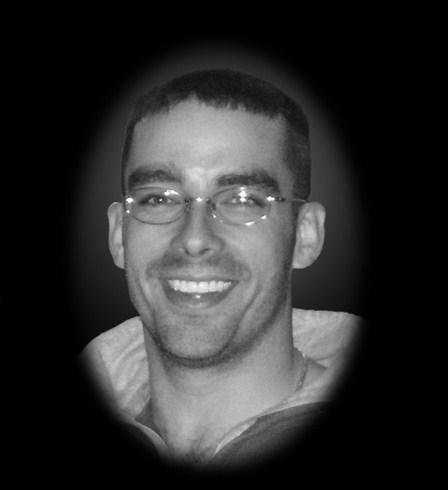 It's been 3 years since I last saw you or talked to you and I really wish I could just talk to you right now. If only for a little while. I miss and love you!

It's now been 3 years since Justin was taken from his family and friends. I miss that wonderful smile and his aggravatin' ways. One of my favorite memories is Justin cooking breakfast for several of us (me, his Mom and Sister and a few others) at 2:30 in the morning on one of our "Squirrel Season" bar runs. He didn't go with us - he wasn't around when we headed out - but he got right up off the couch and started cooking when we got home and laughing right along with us. Justin's legacy will always be how he was always so happy and eager to please everyone and so full of love for his family and those close to him. Miss you Justin!

I called my husband in to see this page,and he said I know that boy,he worked for me at Kisatchie Chips and he was a nice guy,who seemed to be going through some problems with a girlfriend,causing him to go through some hard times,he only worked there a short time but made his mark with everyone who worked there at the time.As parent's ourselves our heart goes out to you,even though your pain cannot be imagined,the heart break of losing a child is beyond pain,our prayers go out to you all.

My eyes are so swollen from crying and reading all of the above comments. I first met Justin when I first started hanging around Will, before we were dating. He was driving that old white dodge 1ton. I bet everyone remembers that truck. Anyways, the one character that really stands out about him, no matter the situation he was always well dressed and cared more for his shoes than any female I know. I remember one time we were going to shreveport to see the monster trucks on ice. haha. we let justin drive and he was convinced it was shorter to go down to lake end to get to the interstate than the mansfield exit. But this is a prime example of how stubborn he was. I remember after will and i started living together, this one night I had gotten really mad at him and was throwing his stuff out of the cabin, well will was out with justin. They drove up as i was tossing the shotguns and justin ducks for cover hollering "it's my fault, please don't shoot us" I just busted out laughing. How could I stay mad at that?? He was always patching our relationship. He never met a stranger. And, if he saw a friend in trouble, he would either help you out or join you. He made his rounds when he was home from offshore. He came to see me several times the last few months he was around. The last time I saw him, he came to the house walked right in, grabbed a coke fixed him something to eat and just hung out. He was at home no matter whose home he was in. He always hugged me when he saw me and hugged me when he left throwing that backwards wave. Justin, I miss you alot. I remember all those little annoying traits that made you so unique and it amazes me that those traits are the ones we all seem to miss the most. Will still carries a picture of you and your memorial card everywhere he goes. When he wrecked his truck earlier this year he left his picture in the console and he remembered it about 30 min after we left. We turned around and went back to the shop and got it. When I pack his bags for a job, he checks for the picture. he might leave his phone/wallet/etc but not justin. RIP.

I was always Aunt Joan to you and you were always my sweet Justin!!! I loved you with all my heart!!! I was in the family when you were a young toot. We drifted apart after I left the family, but you were always my sweet Justin..You always had smile for everyone you saw and your good humor was always a blessing...I miss you and your sweet smile....While you are looking after folks up there,.....well look after Momma, would ya!!!

I miss u more and more as the days go by but then again everyday that passes is one day I'm that much closer to joining u, and I live for that day!!! I love you Justin, keep that seat right beside you warm for me...

well it only seems like yesterday since justin has left us but when we would se each other it didnt matter where it was we would spend an hour talking about hunting and trading pictures and stories. the year justin died i was supposed to take him hunting that season i would give anything if i could have took him the year before. but justin i miss u bud and im still killing the big ones for you. your friend robert harper

I am gonna write just a few things about this young man. Justin you were one of a kind. Me and your sister was best friends for several years and that is where you came into my life. You became my brother, also. You were there just when I needed you the most. I remember on one occasion when my mom was in the hospital and you didn't want me to be alone so you dropped everything and came to shreveport to spend the night with me at the hospital. Then when i lost my Hannah you were workin but I heard from you daily. You knew that Hannah thought you were so goodlookin.lol. Another memory that I have is when you were breakin up with a girlfriend...you hated being alone esp. at night. So i came to stay with you that night and we laughed all night long. I miss you so much baby but I have one last favor to ask of you...Please look after my Hannah because you left us 3 months after she did. LOVE YOU!!!

Justin, I did not know you but you were a great friend to my brother Jason Corbin. He loved you and thought the world of you and your mom. Your death affected him deeply. He had a picture hanging in his house of you. I know that you and Jason are together in Heaven. Thank you for being such a great friend to him.